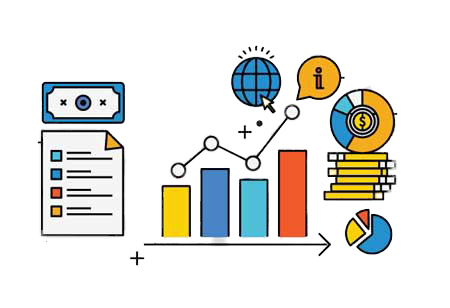 Why is MRP important?
MRP, which is done primarily through specialized software, helps ensure that the right inventory is available for the production process exactly when it is needed and at the lowest possible cost. As such, MRP improves the efficiency, flexibility and profitability of manufacturing operations. It can make factory workers more productive, improve product quality and minimize material and labor costs. MRP also helps manufacturers respond more quickly to increased demand for their products and avoid production delays and inventory stockouts that can result in lost customers, which in turn contributes to revenue growth and stability.

MRP is widely used by manufacturers and has undeniably been one of the key enablers in the growth and wide availability of affordable consumer goods and, consequently, has raised the standard of living in most countries. Without a way to automate the complex calculations and data management of MRP processes, it is unlikely that individual manufacturers could have scaled up operations as rapidly as they have in the half century since MRP software arrived.

How does MRP work?
MRP uses information from the bill of materials (BOM), inventory data and the master production schedule to calculate the required materials and when they will be needed during the manufacturing process.

THIS ARTICLE IS PART OF

The BOM is a hierarchical list of all the materials, subassemblies and other components needed to make a product, along with their quantities, each usually shown in a parent-child relationship. The finished good is the parent at the top of the hierarchy.

The inventory items in the BOM are classified as either independent demand or dependent demand. An independent demand item is the finished good at the top of the hierarchy. Manufacturers determine its amount by considering confirmed orders and examining market conditions, past sales and other indicators to create a forecast, then decide how many to make to meet the expected demand.

MRP is the system most companies use to track and manage all of these dependencies and to calculate the number of items needed by the dates specified in the master production schedule. To put it another way, MRP is an inventory management and control system for ordering and tracking the items needed to make a product.

Lead time — the period from when an order is placed and the item delivered — is another key concept in MRP. There are many types of lead times. Two of the most common are material lead time (the time it takes to order materials and receive them) and factory or production lead time (how long it takes to make and ship the product after all materials are in). Customer lead time denotes the time between the customer order and final delivery. The MRP system calculates many of these lead times, but some are chosen by the operations managers and entered manually.

Diagram of a multilevel bill of materials (BOM)
The bill of materials specifies the items needed to make a product and is a key data source in MRP.
MRP in manufacturing
MRP is essential to the efficiency, effectiveness and ultimately the profitability of a manufacturing operation. Without the right raw materials and components on hand, manufacturers can’t hope to keep up with the demand for products at the optimal cost and quality. They will also be less able to respond to fluctuations in demand by adjusting production.

MRP can also make the later stages of production, such as assembly and packaging, proceed more smoothly and predictably by removing most of the uncertainty over inventory and minimizing the time needed to manage it.

MRP is useful in both discrete manufacturing, in which the final products are distinct items that can be counted — such as bolts, subassemblies or automobiles — and process manufacturing, which results in bulk products, including chemicals, soft drinks and detergent, that can’t be separately counted or broken down into their constituent parts.

Benefits of MRP
The primary objective of MRP is to make sure that materials and components are available when needed in the production process and that manufacturing takes place on schedule. Additional benefits of MRP are:

reduced customer lead times to improve customer satisfaction;
reduced inventory costs;
effective inventory management and optimization — by acquiring or manufacturing the optimal amount and type of inventory, companies can minimize the risk of stock-outs, and their negative impact on customer satisfaction, sales and revenue, without spending more than necessary on inventory;
improved manufacturing efficiency by using accurate production planning and scheduling to optimize the use of labor and equipment;
improved labor productivity; and
more competitive product pricing.
Disadvantages of MRP
MRP has drawbacks, including:

Increased inventory costs: While MRP is designed to ensure adequate inventory levels at the required times, companies can be tempted to hold more inventory than is necessary, thereby driving up inventory costs. An MRP system anticipates shortages sooner, which can lead to overestimating inventory lot sizes and lead times, especially in the early days of deployment before users gain the experience to know the actual amounts needed.
Lack of flexibility: MRP is also somewhat rigid and simplistic in how it accounts for lead times or details that affect the master production schedule, such as the efficiency of factory workers or issues that can delay delivery of materials.
Data integrity requirements: MRP is highly dependent on having accurate information about key inputs, especially demand, inventory and production. If one or two inputs are inaccurate, errors can be magnified at later stages. Data integrity and data management are thus essential to effective use of MRP systems.
To address these shortcomings of MRP, many manufacturers use advanced planning and scheduling (APS) software, which uses sophisticated math and logic to provide more accurate and realistic estimates of lead times. Unlike most MRP systems, APS software accounts for production capacity, which can have a significant impact on availability of materials.

History of MRP
The seeds of MRP were planted early in the 20th century with the development of new models for optimizing manufacturing. In 1913, American production engineer Ford Whitman Harris developed the calculation known as economic order quantity, the amount that minimizes the cost of ordering and storing a good. Concurrently, the mass-production system implemented by Henry Ford showed the value of having strict controls over the flow of materials through an assembly line. Another key driver of industrial efficiency came from the scientific management theories of Frederick Taylor, which included techniques for production planning and control and for improving the efficiency of material handling.

With the advent of computers, systems for optimizing the manufacturing process entered a new era. When mainframe computers became commercially available in the 1950s, programmers at manufacturing companies began developing custom software to manage BOMs, inventory, production and scheduling.

It wasn’t until the 1960s, however, that the field got its modern name. That’s when a small group of influential engineers championed an integrated system of computerized planning they dubbed material requirements planning. In 1964, IBM engineer Joseph Orlicky developed and formalized MRP after he studied the Toyota Production System, which was the model for the lean production methodology. Then, in 1967, Orlicky’s IBM colleague, Oliver Wight, co-wrote a book on production and inventory control with George Plossl, a mechanical engineer and management consultant. The three continued to collaborate and today are usually cited as the pioneers of MRP.

It’s important to note that MRP and lean production are not the same, despite their connection in Orlicky’s pioneering work. In fact, they are considered by many practitioners to be antithetical, though some say MRP can help with lean production. MRP is considered a “push” production planning system — inventory needs are determined in advance, and goods produced to meet the forecasted need — while lean is a “pull” system in which nothing is made or purchased without evidence of actual — not forecasted — demand.

Orlicky’s ideas spread rapidly throughout the manufacturing sector after the 1975 publication of his book, Material Requirements Planning: The New Way of Life in Production and Inventory Management. By the early 1980s, there were hundreds of commercial and homegrown MRP software programs.

MRP also received a major boost in the 1970s from the educational efforts of the American Production and Inventory Control Society (APICS), after Orlicky, Plossl and Wight pushed the association to evangelize for MRP. APICS became the main source of MRP education and certification and continues in that role today, having expanded over the decades into operations management and supply chain management.

Orlicky died in 1986. A second edition of his book, updated by Plossl, was released in 1994. The current version, Orlicky’s Material Requirements Planning, Third Edition is a 2011 update by consultants Carol Ptak and Chad Smith. It adds advice on how to use MRP to run a “demand-driven” planning process that uses actual sales orders, rather than the typical MRP method of a sales forecast, to calculate material requirements. Called demand-driven material requirements planning (DDMRP), this newer “pull” approach is controversial and viewed by some as a violation of important principles established by Orlicky.

TSVMap is here to help grow manufacturing processes and consult your IT Solutions that way we can make it more effective and efficient. So if you need :IT Solutions, Consultant, ERP Systems, MRP Systems, Automations, or Cyber Security. Contact us today at 864-991-5656 or Email info@tsvmap.com